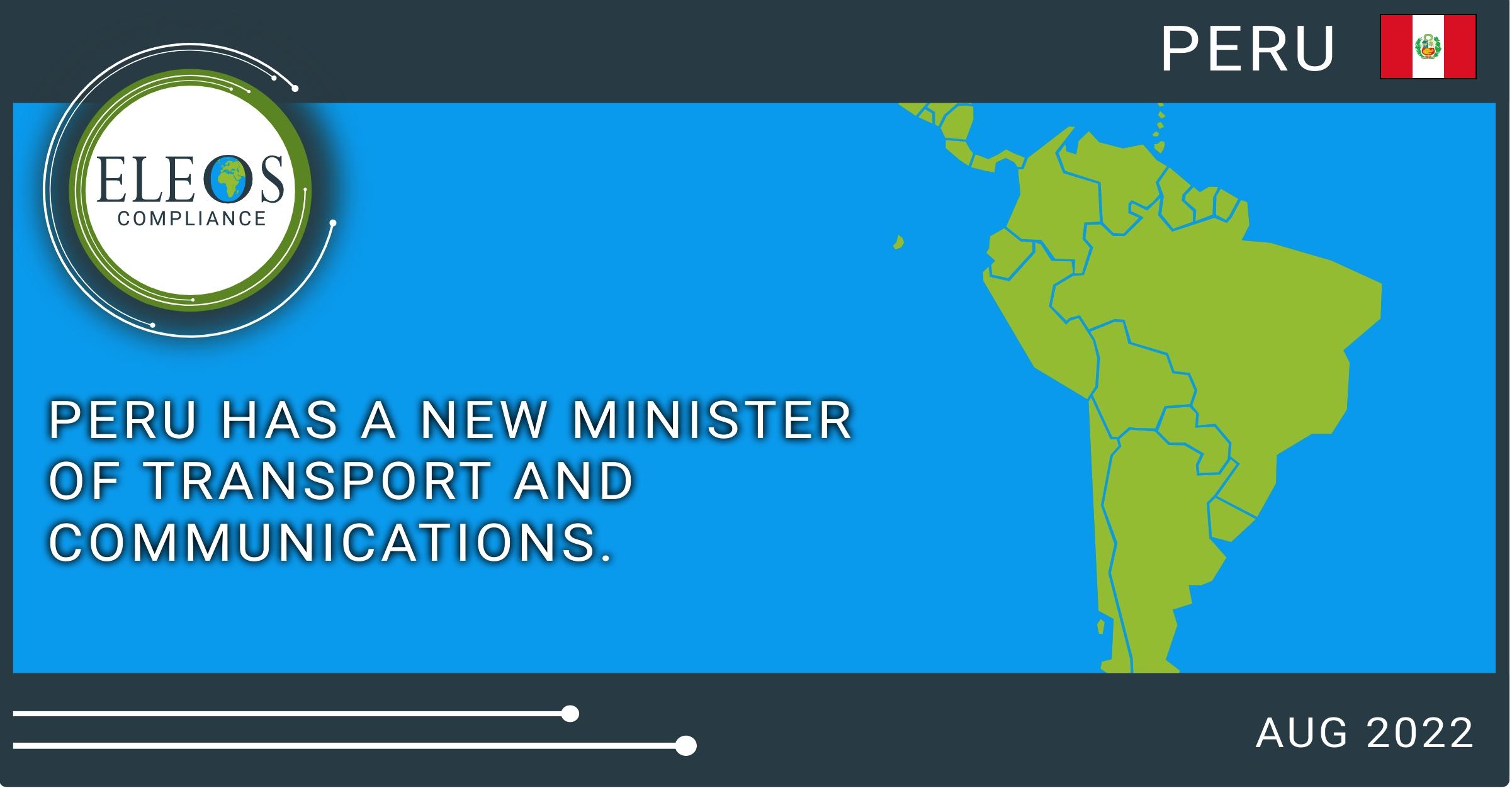 Peru has a new minister of transport and communications.

Posted by Admin in Peru - 2022-08-08
On August 5, 2022, the civil engineer, Geiner Alvarado López, 36, was sworn in as Minister of Transport and Communications (MTC) of the government of President Pedro Castillo, replacing Juan Barranzuela.

The new minister of the MTC  was Minister of Housing, Construction and Sanitation since July 2021. In addition, he has held management positions at the municipal and regional government levels in different districts and provinces of the country.

For now we do not know if there will be delays in the lead time of current or future approval applications, that will depend on the actions that the new minister and his team carry out internally.

For full support with your global market access requirements or regulatory intelligence needs please contact us at enquiries@eleoscompliance.com

Inclusion of 5G Technology.
Posted by Admin in Jordan

Head of the MTC presents resignation letter.
Posted by Admin in Peru

Sorry to interrupt, we just have to check your preferences...

What is a cookie ?
A cookie is a small text file that can be stored on your computer by sites you visit.
With your permission, we would like to use 3 of them.
Consent
This cookie lets the site remember your other cookie preferences, it's essential !
YouTube
This cookie from Youtube helps them manage your viewing experience of the videos on our site.
Analytics
This cookie from Google Analytics provides us information about site traffic, so we can make the site better.